Description of ConBlock MIC:
ConBlock MIC is an admixture for concrete that inhibits the colonization of the bacteria which causes microbially induced corrosion of concrete. Unlike
sacrificial or leaching chemistries, the technology of ConBlock MIC controls microorganisms with a chemistry that remains a permanent part of the concrete
structure. The active ingredient in ConBlock MIC – 3-(trihydroxysilyl) propyl dimethyl octadecyl ammonium chloride (cas: 199111-50-7) - relies on a charged ion and a unique
spiked molecular structure to create an uninhabitable environment for the microorganisms. These molecular spikes are undetectable to human touch but
overmatch single-cell organisms. In nature, most microbes carry the opposite ionic charge making them physically and irresistibly drawn into contact with
ConBlock MIC, which punctures the cell walls of the offending microbes. 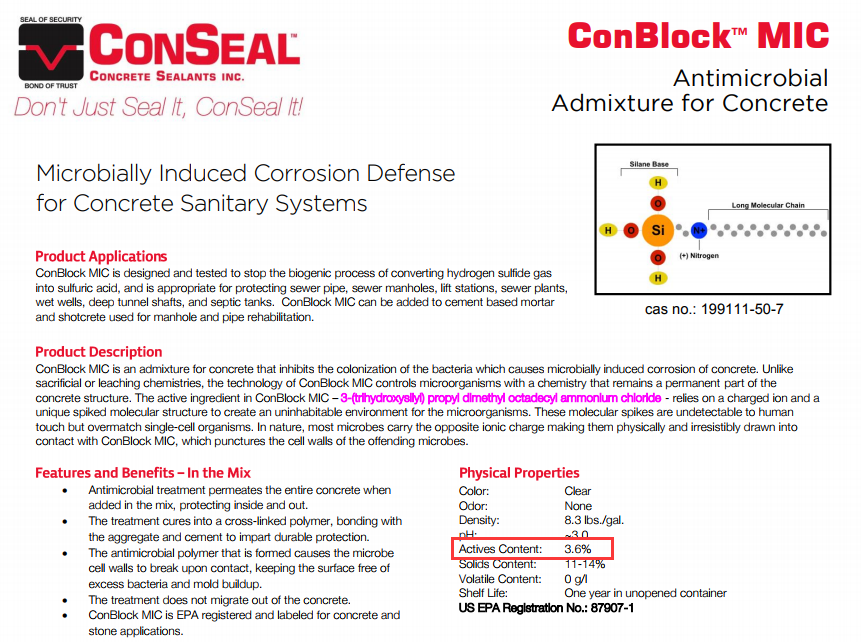